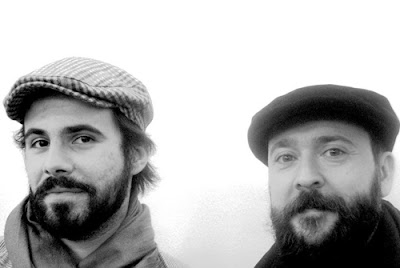 Gender, humanism and irony, I would like to combine them in a single word: life.
As I’ve already said, we no longer need an encyclopaedia to define ourselves, neither in our own eyes or in the eyes of others. These are all themes which are close to my heart and which I continue to study thanks to my projects.
[04.11.10 15:23:59] JMR: An interview on Skype, Facebook references, multiple identities, virtual identities… As the final question of this interview, what can you/do you want to say on these new media? On flexible boundaries?
[04.11.10 15:37:38] PGDP: I think that the arrival and development of Web 2.0 has really called into question the concept of space time. Many people, still too many, haven’t yet understood the potential of how much it offers us each day, due to the active position it has finally given us when we sit in front of a monitor, which shouldn’t be that of a passive TV experience. For the rest, we are at this very moment in the middle of exchanging ideas, concepts, words and also files, digital documents and still other things in real time. It’s a vast domain which I personally love to explore through my projects as well. A gift for you, for example, is the first case where you can download one of my works free of charge via a QR code and exchange it with others as you see fit.
(link http://cacticino.net/oldsite/public/admin/newsletter_preview_chiasso.php?id=244).